A DAISY Consortium Initiative
You are here: Home1 / Blog2 / Accessible Publishing and the Marrakesh Treaty: Event Report from the Buenos... 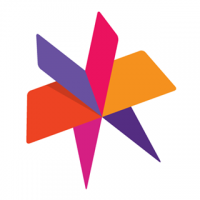 Pablo Lecouna Director of Tiflonexos and Julian Calderazi, DigitalBe’s head of digitalization, gave a general overview of the activities of the Accessible Books Consortium, discussing accessibility, EPUB, Disability and Implementation including common problems together with the benefits of producing born-accessible content.

Mr. Lecouna discussed the history of Tiflonexos and it’s free library for visually impaired consumers in the Spanish language (Tiflolibros), the Marrakesh Treaty and his participation in it elaborating on its advantages alongside ABC’s mission.  Julian Calderazi presented the benefits of Accessible EPUB production workflows for publishers and consumers and  emphasizing the responsibility of content producers.

Both Pablo and Julian encouraged publishers to start building accessible content into their products from the beginning of the production process, sharing their knowledge and experience and making it clear that accessibility in publishing can be achieved with little significant effort. They both impressed upon delegates that it is timely to consider accessibility now and that Latin America can benefit from born accessible publishing now.

This report was kindly submitted by Julian Calderazi, DigitalBe. Since 2010 Julian has worked in the development of different standards relating to ebooks with numerous organizations including BISG, IDPF, W3C and currently in the Publishing Business Group, Publishing Working Group and the EPUBCheck task force within Publishing@W3C. 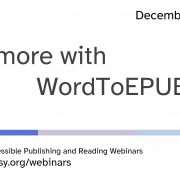 Include! The NIPI Conference on Inclusive Publishing 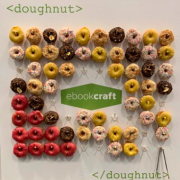 Do More With WordToEPUB (W)

Global Accessibility Awareness Day 2019: A Success All Round

Accessible Publishing: A Snapshot of Success—Are You in the Picture?
Scroll to top