The WIPO Accessible Books Consortium International Excellence Award 2022 is open for nominations. As in previous years, there are two categories for the awards, allowing both publishers and other initiatives to be celebrated for their work progressing accessibility in their respective fields.

The call for nominations has been extended until October 21st, and the winners will be announced during a ceremony in November at the Guadalajara International Book Fair in Mexico which will also be streamed online.

Visit the ABC International Awards page for the nomination form and details of the process. 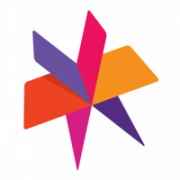 What’s Next For Digital Publishing?